Luffy is training with Rayleigh to get his observer haki down pat, but he ends up attacking their food rations which pisses Rayleigh off. Luffy is blindfolded and he (Rayleigh) uses armarment on a bat to knock Luffy out.

Luffy: Whoa, I can sense your anger!

But since Luffy failed to use Haki properly he goes without dinner and the animals of the forest take pity on him but he refuses to eat. Rayleigh says observer Haki allows one to unconsciously feel the emotions of living things. The strongest users can even see the future a little.

Rayleigh: What will you do if you fight an opponent like that two years from now?

Luffy: I guess it depends on what kinda guy they are...

Rayleigh: Oh? So you're actually interested in their personality? I hadn't even thought of that.

Luffy: But it's obvious?

Luffy is able to dodge Katakuri's attacks at first, but then they start trading blows. Luffy manages to take Katakuri's arm, but he just grows it back.

Scene changes to Bege and it's 10:10. His group is still headed toward Liquer Island, and they're almost there. However Chiffon says they should change course because Liquer is too close, and they should go to Fluffy Island instead. Chiffon reasons that if they take BM to that island and she regains her senses after eating the cake the Strawhats will be far enough away to escape.

10:50, and the sunny is still barely avoiding attacks. Carrot asks if Luffy's won yet, --she's awake now. Chopper asks if Nekomamushi and Inuarashi can do the same (and he's calling her his little sis now.)

11:08, and Pudding comments while riding on the carpet with Sanji that the military and the naval units have luffy pincered in the middle, so she wonders if he can escape.

Sanji: My captain will be here to save me. I know it.

Including the 33rd son Raisin, 35th son Yuen (?) 32nd son Brownie, 27th daughter Jorgand, and Snack the 25th son. Everyone's amazed at how many forces are gathered --Luffy must be one hell of a threat.

00:05 and the fight against Katakuri seems to have ended with Luffy on the floor defeated. Katakuri asks if this is all Luffy has.

Luffy struggles to his feet and says he will end it...and activates Gear 4 "Snake Man". 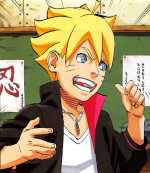